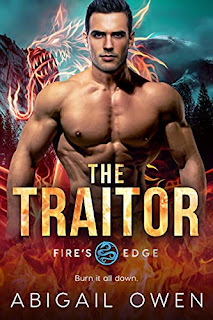 Decades ago, rogue dragon shifter Rune Abaddon took a stand against the decaying, corrupt systems governing their people. He now uses his bad-ass reputation to protect the innocent as it all comes crashing down. But he’s pushed the limits one too many times. His hideout is destroyed, his few allies are scattered and hiding, and the Alliance has placed a dead-or-alive bounty on his head, making him the most wanted dragon in the western hemisphere.

And then the most enticing woman he’s ever met barges into his mountain, demanding an audience.

Hadyn Reece's future was ripped away long ago. The man fated to be her mate was murdered alongside her parents before Hadyn was old enough to be turned, leaving her to be raised and trained by her dead mate’s parents in the dragon shifter world. Now, the Alliance has come for the only family she has left. It’s a good thing she was raised by dragons, because the only one who can help her save them is a traitor she’d be smart to fear.

Especially when his dragon decides she’s theirs.
My Review:
The Traitor is the fifth book in the Fire's Edge series by Abigail Owen and it packs a punch.
Hadyn Reece has had a rough life and being raised as a human in the world of dragons adds to that layer. Fortunately she's been kept hidden from the prying eyes of the Alliance, safe from being snatched into their fated mate program. Except, her adopted parents are rogues, always on the run, seeking hiding places, and constantly looking over their shoulders. Then, they are found out, targeted, and taken, but only after securely hiding Hadyn and removing all traces of her existence.

Rune Abaddon is Hadyn's father's go-to in case he and her mother ever get captured. Reece is expected to follow the contingency plans they've had in place since taking in their deceased son's fated mate. Dragonless, Hadyn knows in order to save them, she must go to the one place she hopes to find Rune. And beg him for his help.

Hadyn and Rune are spectacular. I loved both of them as soon as I met them. They are both strong, take charge characters. Separately they were fantastic, together they are amazing. I love their dynamics, chemistry, and underlying issues that prevented their union from happening too fast. The slow-burn nature of their romance was perfectly paced and wonderful to experience as a reader.

This book is full of action, suspense, and romance. There are several storylines woven throughout the book and the author did a wonderful job threading them around Hadyn and Rune. I love the author's writing style - this isn't the first novel by Abigail Own I've read and she has become a top favorite.
I was provided a copy of this book to read.
My Rating: 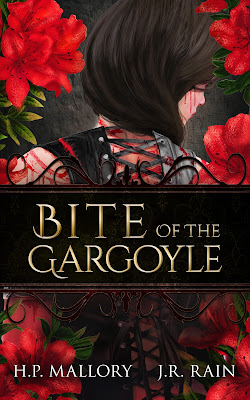